October 2014, I now takes an aerial drone in order to capture the magnitude of the Earth Retention Support System designed by PB&A for the Jamul Hollywood casino. 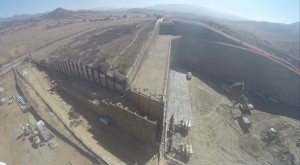 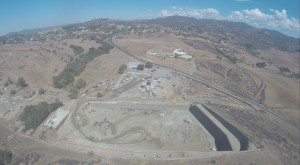 September 2014, Skanska / Traylor, Regional Connector Constructors, http://www.teamrcc.com/, awards PB&A a contract for the Design and Contract Administration of the 2nd and Hope Street and 2nd and Broadway Street Stations for the new Regional Connector Project, connecting the Blue and Gold Lines through downtown Los Angeles, offering passengers a one-seat ride from Pasadena to Long Beach and from East Los Angeles to Santa Monica. http://www.rafu.com/2014/02/federal-government-approves-670-million-grant-160-million-loan-for-regional-connector/

June 2014 – PB&A celebrates their first anniversary in our new office at 818 Fifth Avenue in San Rafael.  It has been a great year for PB&A, Inc., adding 3 new staff engineers, wrapping up Transbay Transit Project in San Francisco, breaking ground on the Hollywood Casino in Jamul, California and starting design for  shoring of the new Apple Campus 2 in Cupertino, California!

PB&A, Inc., along with our client Marnell Companies, the project Architect, and indeed the entire team as well as the Tribe themselves, have faced many obstacles in the path of bringing to fruition the construction of what will be a beautiful new Casino facility.  The news segment below addresses only the negative publicity that has surrounded this project for the past 2 decades.  It does not take into account the attention that has been given during the design process to the sensitive environmental issues, including many meetings with the California Fish and Wildlife to insure that the native species will be protected along with the groundwater.  The design team, including PB&A. Inc. has worked with Caltrans during the preliminary design phase to ensure that the improvements to Highway 94 will mitigate the potential traffic considerations that the new Casino will bring to the area.  PB&A, Inc. believes that this project will ultimately enhance, rather than detract, from this beautiful region that lies east of San Diego.